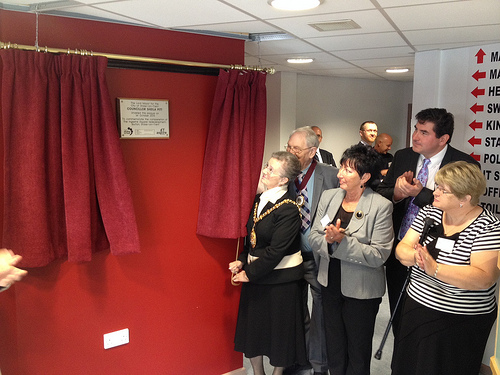 One of the most enjoyable aspects of our work in community projects is getting to know the neighbourhood we’re working in over a long period of time and being able to see a project through from start to finish. Blurton in Stoke on Trent is one such project that we’ve had the privilege of being a part of and last week we attended the official opening event for the new Blurton Hub community building, alongside the new housing and retail which is now complete. A project like this has involved many people and organisations over many years, not least of which is the Blurton Farm Resident Association we first met during our initial masterplanning consultation many years ago. Their dedication has been central to the success of the project and we’re looking forward to keeping in touch in the coming months to help them manage their new building and its green technology.

Here’s Christine Pratt, the resident group leader, quoted in the local press about the opening:

“This is a vision that we have had for over 15 years so it is fantastic to see it completed. The hub and new homes are already having a massive impact and making changes to people’s lives.”

Congratulations to Christine and her colleagues and best wishes for the future of the new facility at the heart of Blurton’s community.