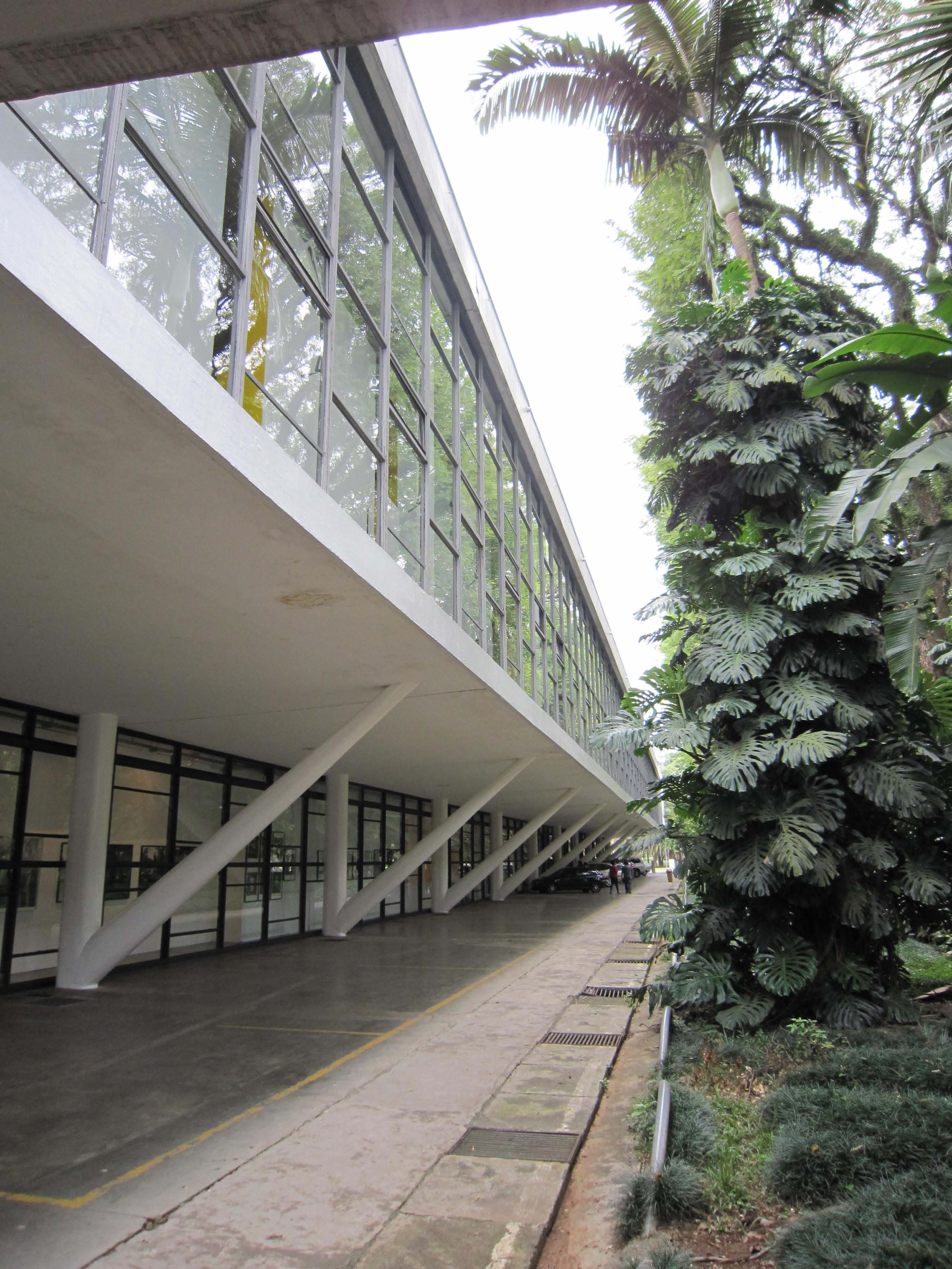 Research and Development is tough. Thankfully we’re fully committed to continual professional development here at Axis Design and even go so far as undertaking long distance travel to learn more about the profession we love. For example, here’s some thoughts from Axis director Mike Menzies following a recent trip to Brazil:

“Back in the early fifties when Oscar Niemeyer and his friend and collaborator, Roberto Burle Marx set out the plan for the Ibirapuera Park, roller blading and skateboarding were yet to become part of the urban street culture. However the shade and cool breezes offered by the serpentine concrete covered walkways linking many of Niemeyer’s principle buildings in the Park has been appropriated by a new generation of young Paulistas, keen to demonstrate their skills weaving between the pilotis, café tables and groups of tourists and visitors. As a lifelong communist, Niemeyer would have no doubt raised a wry smile at this counter-cultural invasion of the world of art and culture celebrated within the nearby museum and exhibition spaces.

Two of which, the Pavilion of Brazilian Culture and its nearby twin, Museum of Afro Brazilian Art have undergone recent extensive renovation works. The interior spaces framed by their cantilevered floors, raking pillar supports, brise soleil and concrete louvred facades are an uncanny precursor to much later open-plan, loose-fit, flexible exhibition spaces.

The interplay of the structural grid of floor bays and supports with the serpentine, ramped access routes is a powerful and unfolding experience as you walk between the floors. His lifelong affair with curvilinear forms, most recently seen in La Lingua, his newest auditorium building in the Park, came to its conclusion with his death last December. However his urban cool lives on, not least in the uncanny parallels of a sinuously, executed grind and his meandering plan for Ibirapuera Park.”