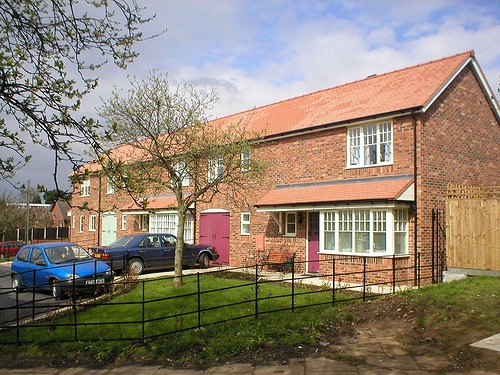 A 1950’s estate of some 250 Smiths houses being redeveloped in association with Waterloo Housing Association, Birmingham City Council and the local resident’s Estate Development Group.

The new homes are being built in phases and the brief is quite simply to recreate the Arts & Crafts residential and environmental qualities of Bournville Village within modern social housing regulations.

Axis were appointed as the master planners and have continued their involvement in the project by designing and detailing the early phases of houses and bungalows. Many of the housetypes are split level to maximise the use of existing topography and reduce the export of spoil from the site. The master plan included a number of sustainability measures including low energy construction, living in the roof proposals, wildlife conservation measures and a sustainable drainage system including rainwater recycling and storage, part of which feeds an established allotment site within the development to remove their dependency on metered mains supply.